Alice started volunteering as a mentor for The Theatre Shed in 2009. Her main reason for this was to use her experience as an actor to encourage and support the members of her local theatre group. Following in her grandfathers (Kenneth Connor) footsteps, she grew up in the Film and Television industry in front of the camera.

Over her years as a mentor, Alice began to develop a passion for Shed’s ethos of inclusivity, so much so that she went on to gain a 1st Class Honours degree in Psychology specialising in Educational Psychology.

The Theatre Shed welcomed Alice into the Artistic Team in 2016 where she now works as a Practitioner, putting her knowledge and experience into developing the performance and social skills of our young people as well as facilitating the growth of the company itself.

Alice, continues to pursue her acting career in film and television and aspires to be in a position to facilitate the change in society that Shed achieves with ease every week. No boundaries, an open door for all where anything and everything is possible!

Sally has been working in both theatre and education for nearly 15 years. She studied Dramaturgy/Theatre originally at Leeds University, then went on to train as an actor, with specialist in Physical Theatre, Movement and theatre for young people, completing intensive training with Hope Street Ltd in Liverpool.

Sally also works as a freelance theatre director, especially on new writing. As a teacher She facilitates for various community groups and schools/colleges around London. 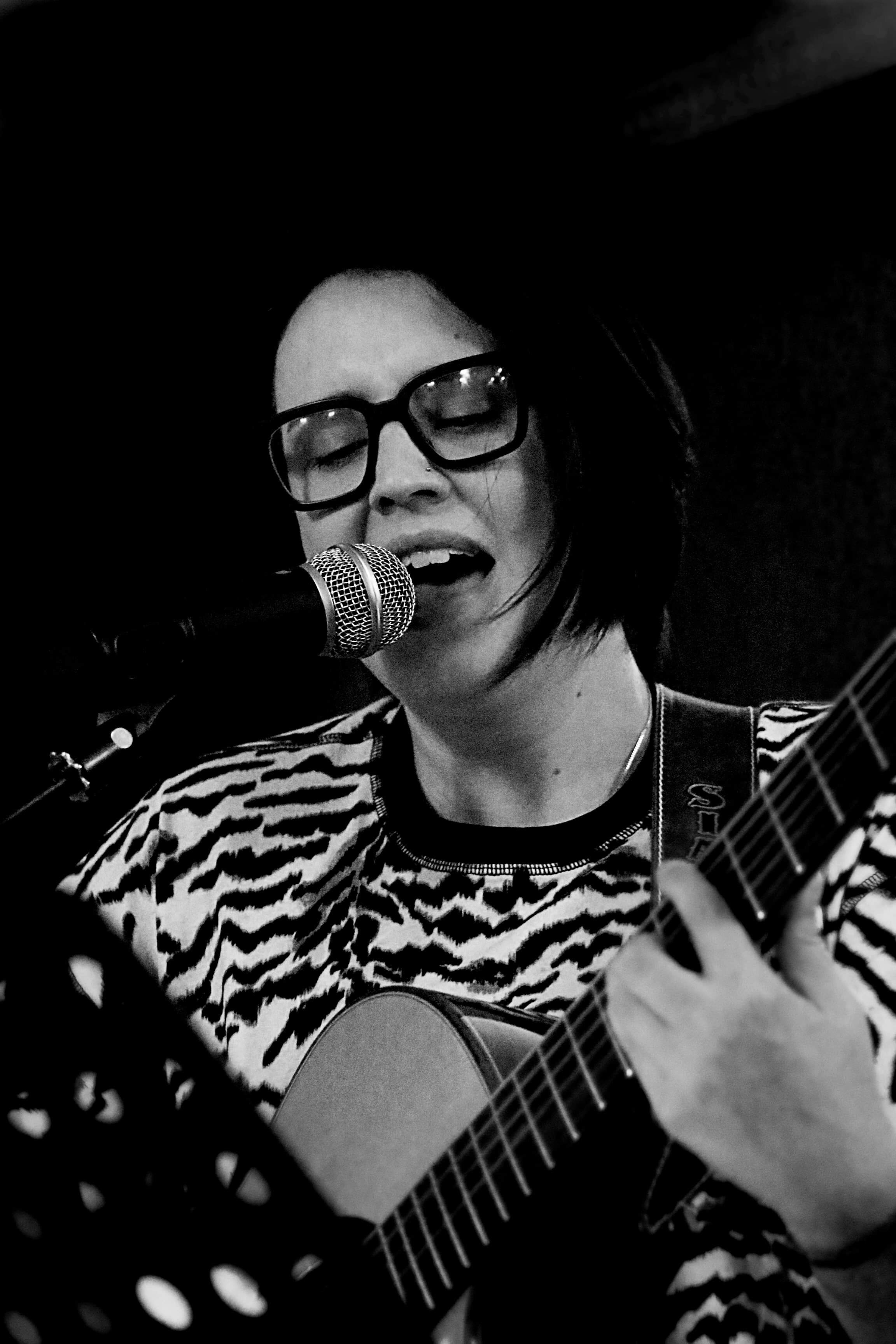 Sian is a self taught musician able to play a variety of instruments, as well as a trained vocalist with Grade 5 in Music Theory.
Sian has always had a passion for music, this is shown through her performing as live musician at various events and venues.

Sian is keen to share her knowledge and love for music with the members bringing out their creative side, encouraging them to remember anything is possible and we can create any music they like together! 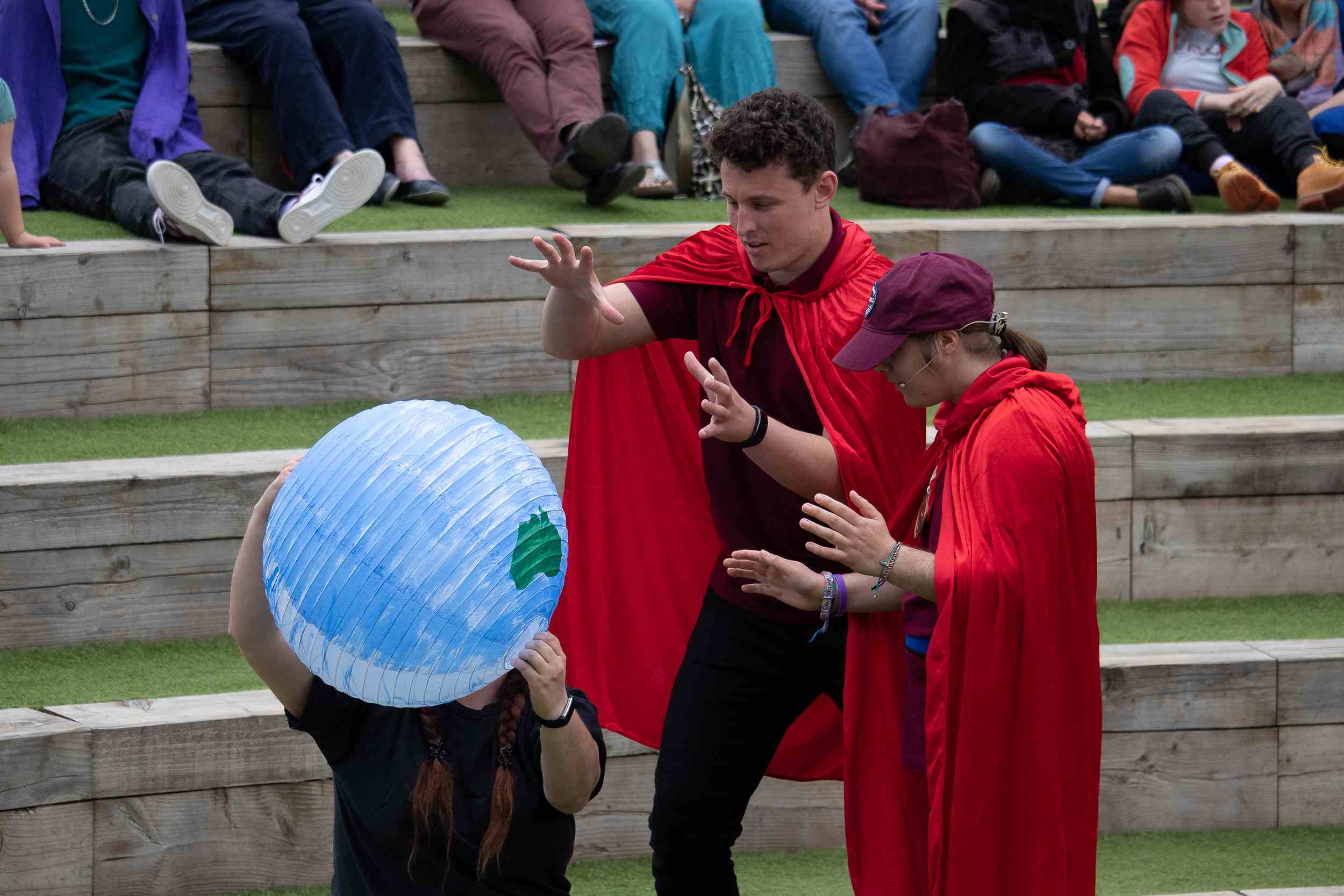 Matt began his journey with Shed in 2005, filming the first production ‘The Witches’ and continued supporting backstage, designing lighting for Shed’s annual shows. This lead to Matt becoming more involved over the years, and was asked to become a mentor leading up to Shed’s 5 year anniversary show at Wycombe Swan Theatre. This was Matts first time performing on stage but thanks to The Theatre Shed’s inclusive and encouraging atmosphere, Matt has never looked back and goes into 2020 excited to see what The Theatre Shed’s 15 year anniversary has in store.
Matt is not your typical performer, working for an engineering company and found playing rugby on weekends. But is able to take the skills learnt at Shed and apply them elsewhere, be that presenting at work or using/teaching others practical BSL.
Throughout his time with Shed, Matt has been lucky enough to see what a positive impact the work Shed provides has had on so many members & the local community and looks forward to seeing Shed continue to grow. 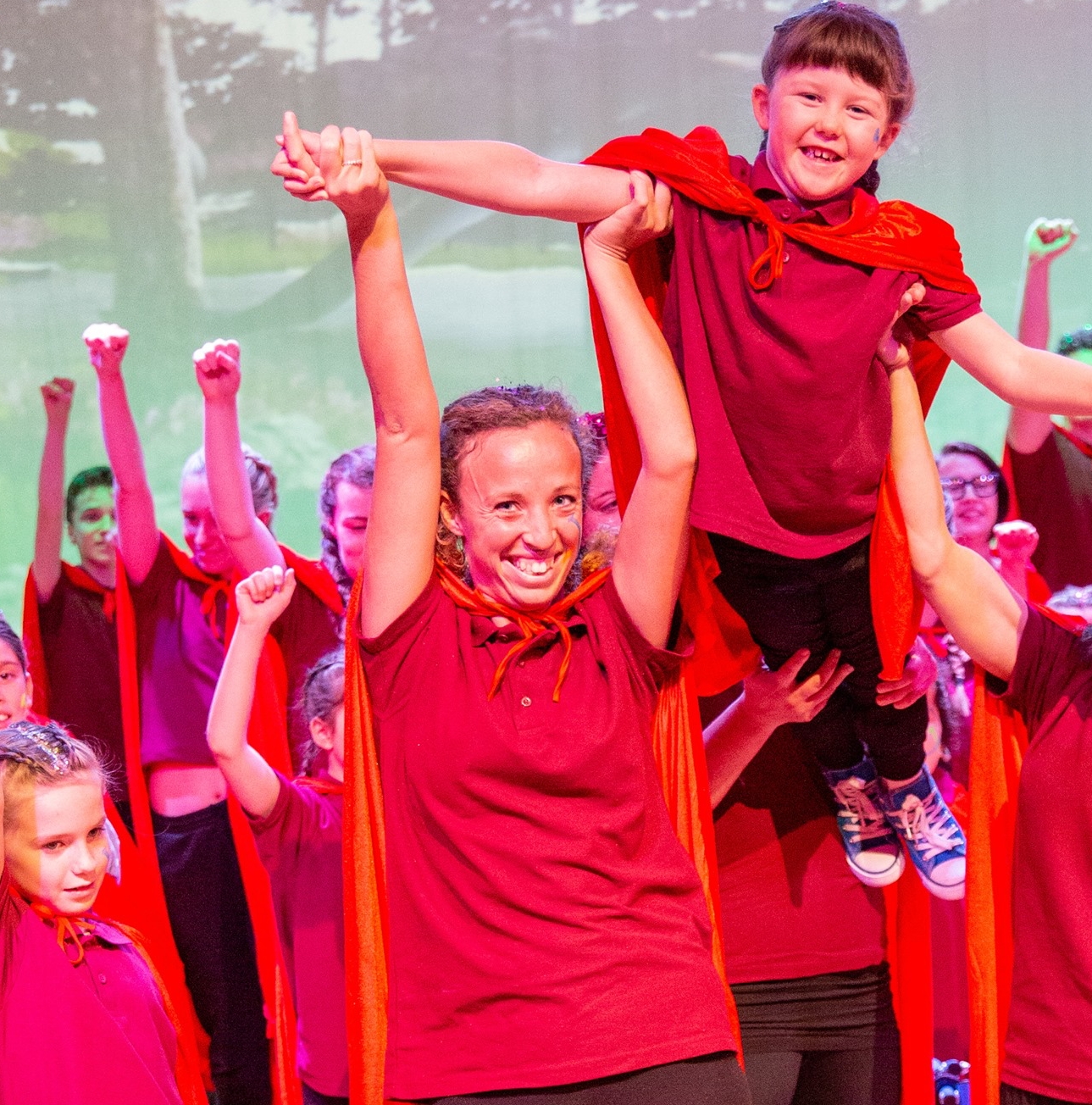 Hannah started the Theatre Shed as a member in 2006. She soon began to work as a youth theatre support and later became a mentor.
Throughout her teenage years, Hannah found an affinity for working inclusively with children. This inspired her to train as a teacher for children with Special Educational Needs.
She now uses these skills to support The Theatre Shed’s ethos and ensure children are supported throughout the sessions.
Over the years at The Theatre Shed, Hannah has seen and been part of the true magic of inclusivity and strives to enable the doors at The Theatre Shed to be open forever. 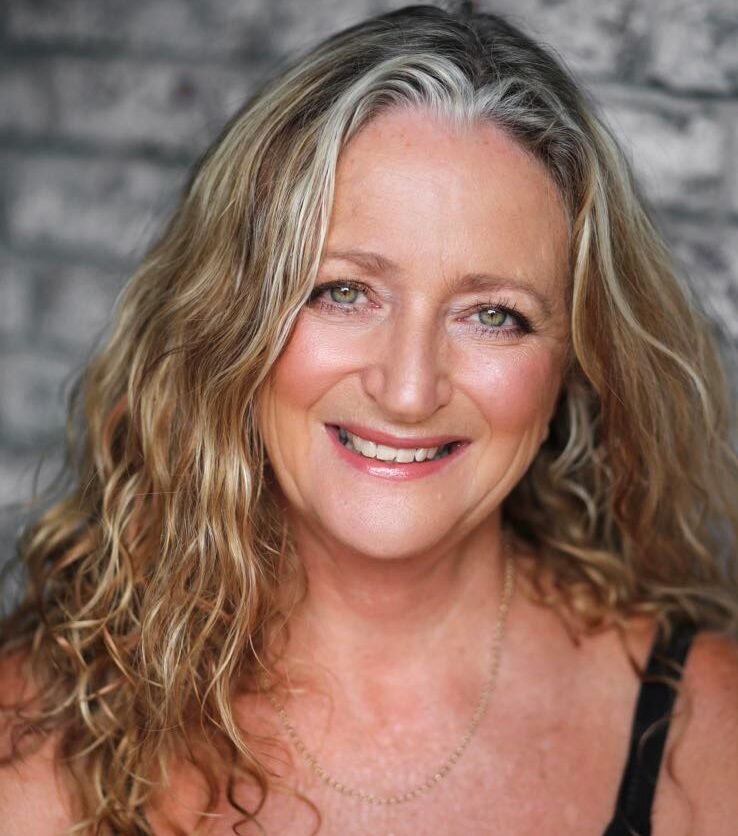 Hi, I’m Jan (Janice Howard) and am delighted to be the Administration and Parent Liaison Manager at The Theatre Shed. I am responsible for much of the administrative work here so will be the first point of contact for most enquiries.

My background is quite varied which probably suits The Theatre Shed as requirements change on a daily basis! I have been a swimming teacher and swimming coach for a considerable number of years – many of the children I have taught are now grown-ups with families of their own. This is a job I still love (I currently work for Heatherton House Schools) and am pleased to combine it with my role at The Theatre Shed.

Before The Theatre Shed I also worked in Facilities Management at BBC Elstree where EastEnders, Holby City, Children in Need and a number of other programmes are filmed. This has given me some idea of the temperamental nature of performers as well as the need for efficiency on the admin front! I have also worked in media sales and conference and exhibition organizing.

I have two grown-up daughters – one a hairdresser and the other an actress –, a gorgeous grandson, two dogs and three cats. I have many outside interests which include tap dancing, going to the theatre to watch mostly Musicals, reading (avidly), long country walks (a necessity with the two dogs) and obviously swimming. 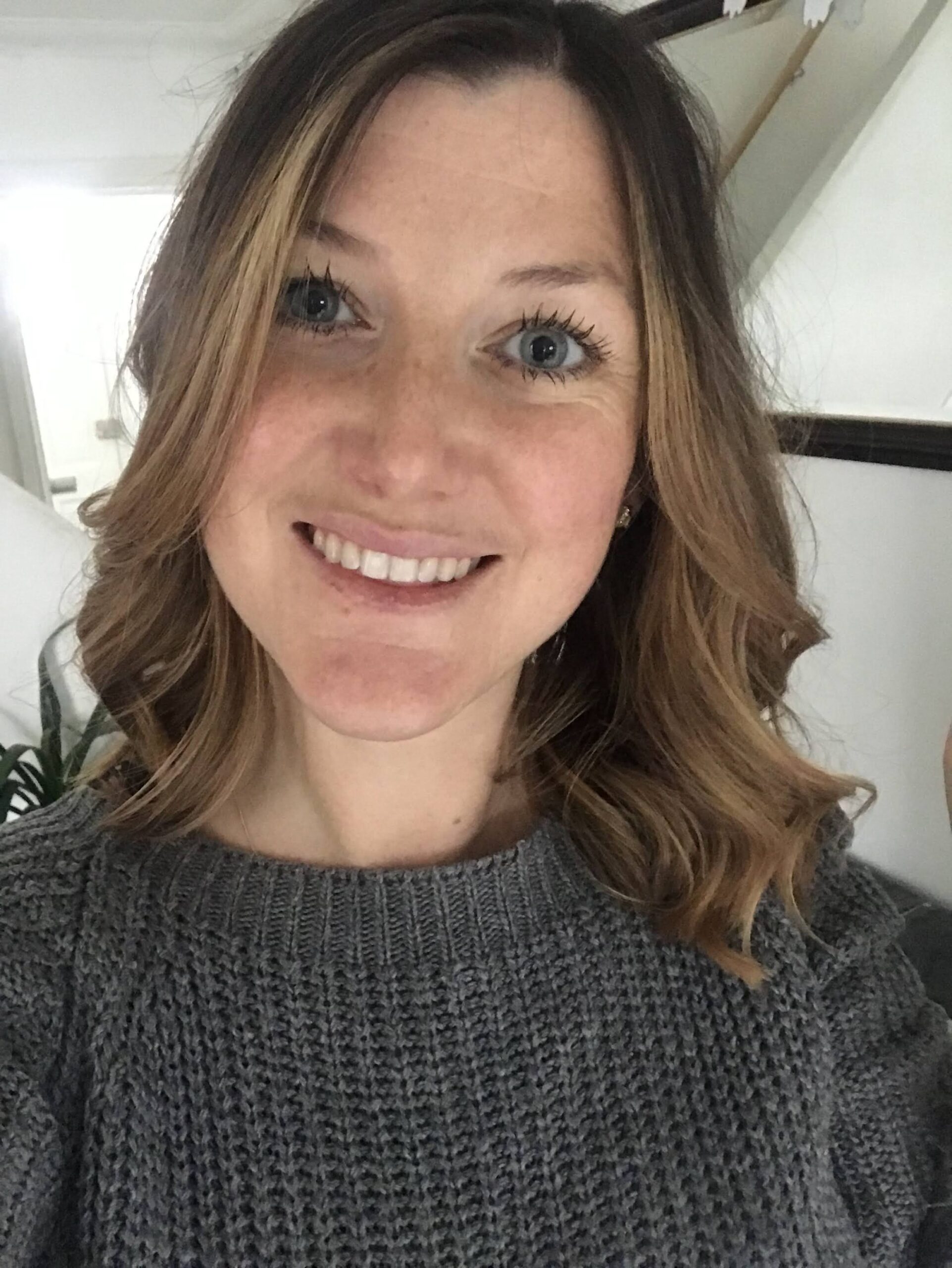 Mary has 13 years professional experience of managing, devising and delivering arts projects with young people and adults with a diverse range of needs and abilities. Mary has worked for a range of arts education organisations such as Haringey Shed, Community Focus Inclusive Arts Centre, Globe Education at Shakespeare’s Globe and The Tricycle Theatre Creative Learning department (now Kiln). She graduated from The Royal Central School of Speech and Drama with a BA Hons. in Drama Applied Theatre and Education.

Mary heard about The Theatre Shed soon after moving to Chesham and immediately wanted to get involved. “The high standard of performance and the extensive experience and skills of the delivery and support team is seriously impressive. The members are very talented performers and committed to inclusion which is truly inspirational.” 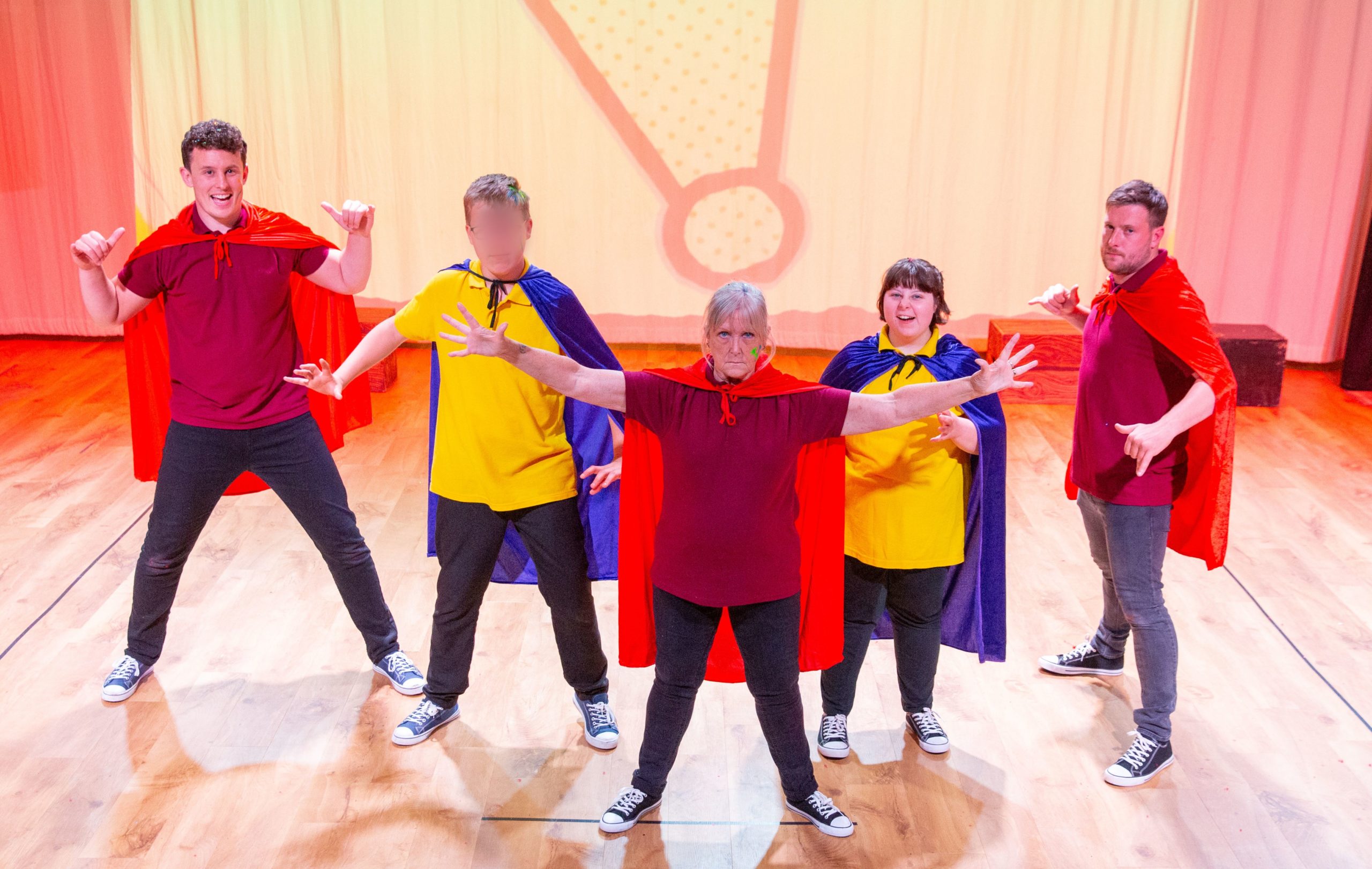 Sally Alford trained at the Guildhall School of Music and Drama and went to perform as an actress and as a contemporary dancer. She fell into teaching and found that she loved it. Sally, taught in London and Buckinghamshire, directing numerous productions with casts of over 100 young people, some who have gone to do marvellous things. She also ran a successful Theatre in Education project.

Sally is a great believer in Community Drama and has been involved with local productions over many years notably, as a co–director of The Amersham Martyrs Plays. She was lucky enough to teach with Irene Perrin, the founder of Shed@The Park now The Theatre Shed, who suggested she joined the Board of Trustees in the year that Shed@The Park was created because of her Drama specialism…the rest is history.

‘I so admire the inclusive, innovative, imaginative style of work that Shed produces; who could not be swept away by the wonderful members of the Company, the amazing Artistic Team and the outstanding work that they produce. I always tell people that if you cut me in half I would have SHED written through me, just like a stick of rock. I simply LOVE SHED and all that it achieves’

Thomas Connor is a professional actor-musician who trained both at Sylvia Young Theatre School and the Bournemouth Arts University. His talents have taken him around the country with numerous actor-musician productions and he won a British Pantomime Award for ‘Best Supporting Actor’ in 2016 for his roll in Beauty and the Beast at the Everyman Theatre, Liverpool.

“It is of great importance for our young people to have spaces in which they can express themselves and work together as equals. So much of their development is based around a strict curriculum of targets set to achieve a uniform standard. There are important disciplines to learn within that system, but The Theatre Shed offers them the opportunity to take ownership of something outside of that environment. To develop all that is unique to them as an individual and apply that to a creative process.

Having worked with them as a tutor in the past I have seen how trans-formative it can be for everyone within that creative space. It is a luxury that not all have access too. It must be nurtured, protected and when necessary provided for to ensure it is there for the young people involved and future generations.”